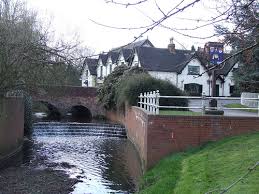 Cost awarded to successful party but who is that?

In my judgment, the deputy judge was wrong in principle to conclude that the respondent was the successful party. The award of £2,000 was insignificant in the context of the claim and the action as a whole, and, although it was technically within the pleaded claim, it was in truth a last minute addition to salvage something (0.25%) from an action which the respondent lost. The whole action was about the cause of the need for the respondent to undergo a leg amputation, and, for all that the first defendants did not admit breach until a late stage, the second defendant’s early admission would have carried the entire claim, if the respondent had succeeded on causation. The causation issue was squarely advanced in the original defences. Mr Brearley’s opinion on the causation issue was the second defendant’s case from the start and it carried the day. I have already indicated my view that such vindication as the action achieved was scant consolation for a claimant whose £525,000 claim had failed entirely. This is not a case in which identification of the party who has to write the eventual (very small) cheque is persuasive as to the costs order. There is little, if any, material distinction between this case and Oksuzoglu. The essential relevant considerations which applied in 1998 have not materially changed with the advent of the Civil Procedure Rules. The fact that the costs order in Oksuzoglu was for the costs of the liability and causation issue does not directly apply to the present case, because the deputy judge decided the action, not a preliminary issue, and the costs of the action in truth related to the causation issue. The fact that the appellants did not make a Part 36 offer or write a Calderbank letter is no more relevant to the costs issue than it was in Oksuzoglu. If the defendants had made a Part 36 offer of (say) £3,000 at the outset, that would have carried a costs payment of some £100,000 which would have been disproportionate and unjust. More importantly, however, an award of £2,000 on an afterthought claim for a short period of extra pain is insignificant in the context of the action as a whole and the nominal failure to make a Part 36 offer is of no consequence and a technical triviality. As the deputy judge himself said, no rational person would issue or defend proceedings such as these, if the recovery was only £2,000. The subject matter of the £2,000 was simply not what the action was about, and, other than technically, that claim was not advanced until the respondent’s closing submissions. The action was about the cause of the leg amputation and the costs were spent in advancing and defending that. I accept that the damages awarded were not technically nominal, but they were so small as to be insignificant.

Testimonials - "Not slippery about the price of the job like other solicitors" Mr Hambridge, Yoxall